Go see more movies but hardly ever see drama… This time you should buy tickets to see the "Bangkok Love Story"-heard the hot play of the young world stage-located on the campus of the cinema stage. 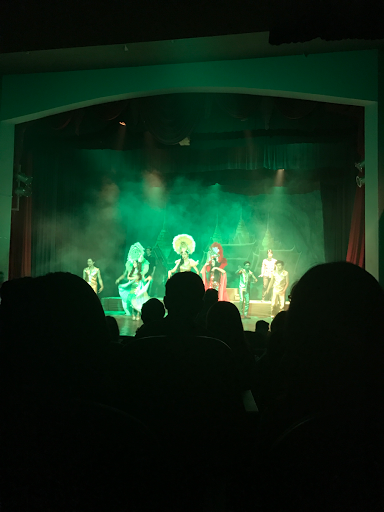 The first impression is not very nice when the space of the stage is rather indiscriminately by props throughout the hall and hallway, the ballroom is full of moist…!
This "Bangkok love Story" tells the story of the trip of the Vietnamese mistress couple, the lady, the son of a man, as the close, the nice guy, the rabies of the British.
A stormy tour and unexpected encounters with friends on Thai land. The moment smiles refreshment by the charm of the possibility, La City, Huang Fei… The madness of the Ministry of the Three dynasties… Besides these easy moments we shuffled you to hear the dialogue of your Father Nguyen, the love affair between Bangkok.
Watching the stage is not smoother as the movie, but it's "real". The interaction between actors with audiences in the ballroom, or "real" expression-the scenario handling of actors right on stage when forgetting the voice, slide falls apart from the script… Susceptible to the ugly erase by their charm.
As if this role plays quite well, it does not always make it easy for the viewers to "turn on", outside the circle on multiple clips: 3
Mr. Tu has no poor stroke as in the film "4-Year 2 guy Love" The new one that is pretty, but the role does not have much of the land to show, feeling faint too.
Most like La City, the charming LA City appears almost from start to finish, a fool's character with the thirst for burning on the sexyshow stage, giving laughter to the rest of the ballroom last night.
The Xiao Bao Quoc appears to be a small, drunk, but each appearance has always had the same kind of drunk… Loves to be well-filled and emotional.
The play is more than three hours, but hardly wants to leave the eyes, and the mouth always smiles.  Smiling. Long changing wind watching drama to support stage is also a good way:D
See also:
]]>
0/5 (0 Reviews)

Scroll back to top